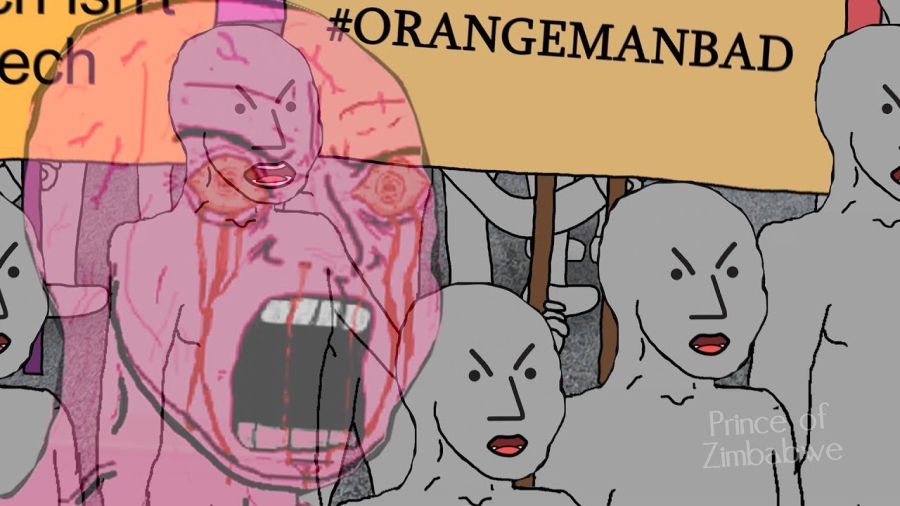 Imagine if the left demanded a war and Trump didn’t come? It’s not quite what happened last month, but it’s near enough.

While the Trump-deranged left stopped short of actually demanding a war with Iran, it was plain that that’s what all their hysterical shrieking about “World War III” was really about. They desperately, desperately want Trump to start another war. Because, so far, he has stubbornly refused to do other than what he promised: extricate America from endless war in the Middle East.

He’s not just ruining the left’s narrative that Trump is an unhinged warmonger, even worse, he’s making their hero, Obama, look bad. “Drony McPeacePrize”, as he’s been called, had the ignominious distinction of being the only American president at war for his entire time in office – the longest time at war of any president. He also dropped thousands of bombs on other countries, oversaw a regime of extrajudicial killings of American citizens, and generally poured a river of gasoline on fires already burning around the world, with his dangerously inept foreign policy.

Trump, on the other hand, is steadily putting an end to it all. He is also exhibiting a surprising mastery in foreign policy. Certainly, as has been remarked, the execution of his policies is often sloppy – “a Trumpian trademark” – but he is chalking up the runs. Many initiatives, such as North Korea and China, have a long way to run, but Trump has already achieved more, in bringing both to the negotiating table – than his predecessors have managed for decades.

All of which absolutely infuriates the Trump-deranged left.

Trump is, after all, the “orange idiot”, the “madman”, who was going to plunge the world into WWIII. First, with Russia (never mind that that directly contradicts the “Putin’s Puppet” narrative – coherency has rarely troubled leftist minds), then China, then North Korea…to the left’s enraged disappointment, Trump let them down, every time.

Now, he is doing the same with Iran.

When Trump ordered the targeted killing of Iran’s terror chief, leftist-dominated social media exploded with frantic gibbering about “World War Three” (once again, why “Putin’s Puppet” would start a war with a Russian ally is never explained). But, instead of all-out nuclear armageddon, Trump may well have not only achieved an extraordinary coup, but completely changed the rules of foreign policy.

It’s generally agreed that terrorism is the preserve of non-states. States, instead, commit war crimes. But, exceptions exist to prove rules. Iran is an exception to the rule of non-state terror.

Iran specialised in “grey zone conflict”: that is, it used proxies and catspaws to carry out military actions against its enemies, while it maintains a smokescreen of plausible deniability. More importantly, it protects the sponsor state from retaliation.

Iran uses terrorists to do its dirty work. Lots of terrorists. Hezbollah, Palestinian and Houthi terrorists, all are financed and directed by Iran. At the head of Iran’s dirty network of “grey” terrorism was Qassem Soleimani. As is usual in grey zone conflict, Soleimani was untouchable by virtue of his status in the Iranian regime.

The chickens of Soleimani’s decades-long sponsorship of terror and bloodshed came home to roost, riding on a laser-guided Hellfire missile fired from a silent Reaper drone.

It was a stunning coup for Trump. Not only was one of the world’s leading terror masterminds justifiably, and legally, dispatched to meet Allah, the Iranian leadership were sent a chilling message: not even their top leaders are safe from retaliation for taking American lives. Iran is no longer free to act with impugnity in the Middle East. The White House is out of the business of sending Iran late-night planes loaded with pallets of cash.

The Iranian responded with their usual “Death to America!” bluster and fired off a few ineffectual missiles. But for now, apparently having soothed their egos and gotten some footage to plaster across state tv, they have backed away from further overt retaliation. Trump is also resisting further escalation.

As he has done repeatedly with his foreign policy, Trump has given his enemies a good scare, and is now ready for them to talk. Teddy Roosevelt boasted of talking softly and carrying a big stick. Trump talks very loudly and waves an even bigger stick – and then holds out the hand of negotiation.