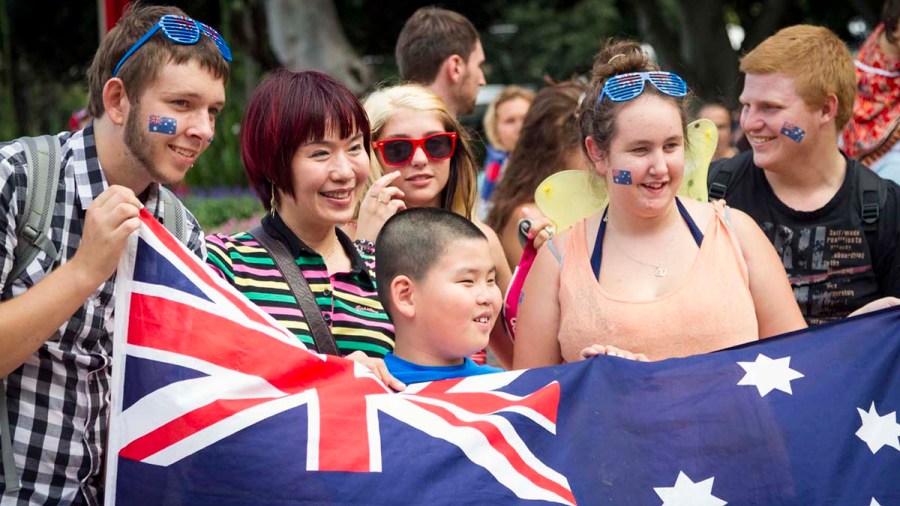 As another January rolls to a close and the “whole, dreary tribe” of left-progressivism roll out their annual festival of foot-stamping and fist-shaking, it’s time to re-post this.

Summer is a busy time for Australia’s whinging left: in between furiously posting lying memes about “Jesus wuz a refugee” and clutching their pearls over ANZAC Day, the headline act of the Aussie lefty’s Summer Festival of Pissing and Moaning is Australia Day. In a happier time, Australia Day was a three-day celebration of whatever you liked best about Australia, whether it was a barbecue, cricket on the beach, a long weekend away camping, or just veging out in front of the Australian Open finals. For some of the newest Australians, it’s the day they put on their best threads and troop down to town hall and become citizens.

But having fun and national celebration are anathema to the left. So a tiny, but increasingly noisy clique of the perpetually offended and the sourpuss elite have set about ruining Australia Day for everyone else. They bark and howl about “Invasion Day” and “Change the Date”, while everyone else tries to ignore them. But, just like that yappy little terrier next door, the more you try and ignore them, the more hysterically strident they get.

So, despite polls showing that nearly 80% of Australians are perfectly fine with 26 January, the cavalcade of inner-city elites and “my-great-grandmother-was-one-sixteenth-Aboriginal” activists shout, whine, and stamp their feet, trying to bully everyone else out of having a good time and celebrating their nation.

But, one has to ask: what is their annual temper-tantrum supposed to achieve? What’s their end game?

The primary objective of the anti-Australia Day movement is plain enough: “Change the date”, as they say. But – why, and to when? Who honestly doesn’t believe that, whatever date is chosen, the left won’t quickly find a reason to carp and whine about that, too? In any case, what practical difference is a change of calendar date going to achieve?

Greens leader Richard di Natale is more forthcoming about the left’s agenda: “The movement to change the date is an important step along the road to treaty, sovereignty and justice for our First Nations peoples,” he says. Well, at least he’s honest about their ambitions. But, it’s not only not at all clear how changing the date will achieve any of that, this laundry-list of left-wing virtue-signalling inadvertently hints at a far more sinister program.

You need only look across the Tasman to see how well it would pan out. New Zealand’s national day celebrates the signing of just such a treaty as di Natale proposes. Yet, New Zealand has to endure a similar annual gripe-fest about “stolen land”, and so on, as Australia. Not only will a treaty make little difference to Aboriginal women enduring extraordinary rates of domestic violence, or Aboriginal children suffering appalling rates of neglect and abuse, it almost certainly will not shut up activists whose raison d’être is just to complain.

What they seem to be asking for instead, is some form of guaranteed Aboriginal presence in Federal Parliament. Yet again, New Zealand has its reserved Maori seats in its parliament, which seems to have done little to mollify activists determined to be offended.

But it is di Natale’s allusion to “sovereignty” that is particularly illuminating, not to say alarming.

Assuming that the Greens leader actually understands what he said, rather than just spouting buzz-words, then this is a radical proposal. Sovereignty, after all, is the supreme authority of a governing body over itself, immune to outside influence, over a defined territory.

What di Natale is asking for is an Aboriginal ethnostate within Australia.

Radical Aboriginal activists last year called for Australia to be “burned to the ground”. The Greens let slip that their goal is a black separatist state. Radical socialists demanding a race-based state? When the Australian left babble about “a return to the 1930s”, they seem to be describing their own aspirations.